I’m a goddamn feminist.  And I hope to hell you are too.

So many girls my age cringe at that word and make sure to separate themselves from it when they are talking about how important their simple rights as a woman are threatened- in ways subtle and not- every day.

Excuse me, do you believe in equality?  Do you care about the rights of all genders and sexes?  Do you never want to be limited in your own abilities by the judgements of others?  Then I’m sorry, sweetheart.  You’re a goddamn feminist.

I mean seriously, why preface a sentence with, “I’m not like a feminist or anything but when he assumed I wasn’t going to succeed because I was a girl, that really pissed me off.”  Or how about, “I don’t mean to sound all ‘Gloria Steinem’ but women still struggle in the workplace fifty years later.”  Are you kidding me?  How would you not want to be considered a feminist?  Go on with your bad gloria-feminista-self.

Allow me to reference the all-knowing internet and cite Merriam-Webster Online, which defines feminism as, “the theory of economic, social, and political equality of the sexes.”  Um, yeah, I would say I subscribe to that.  Wikipedia actually has a great opening paragraph, defining feminism as “…a collection of movements aimed at defining, establishing, and defending equal political, economic, and social rights and equal opportunities for women.[1][2][3] Its concepts overlap with those of women’s rights. Feminism is mainly focused on women’s issues, but because feminism seeks gender equality, some feminists argue that men’s liberation is therefore a necessary part of feminism, and that men are also harmed by sexism and gender roles. Feminists are ‘person[s] whose beliefs and behavior[s] are based on feminism.’[4]“

We’ve got amazing, feminine, determined, loving, strong women who are feminists in every sense of that definition.  Is it too much to assume that all women who strive for equality should embrace feminism?

From my simple google search entry of “feminism,” the two aforementioned internet references popped up, which I think are pretty trustworthy.  But let me point out that the fifth down the line is a (not by my definition) christian website condemning feminism with articles on how the Rockefellers engineered women and how the CIA created the feminist movement to destabilize the government…  Funny how more studies have shown that when we empower women in third world countries we see more economic growth and higher standards of living.  I noticed a link on this ranting, terribly misinformed website to another less offensive but also misinformed site called, “Ladies Against Feminism”.  Good grief…  Its inherent belief that feminism is just female domination over men is sadly what I think more intelligent women have been led to believe.  It gives a site like this power to have an argument that shouldn’t even exist.

Okay, I’m trying not to digress to a larger picture of the problems of misguided religious groups who end up hurting more through their miseducation.  Maybe I’ll blog about that if I haven’t already scared people away.

But back to my original and more pressing point because it’s something I think we deal with more on the day-to-day…  Dear fellow beautiful, independent, loving, passionate women.  I have never gone out picketing for women’s rights.  I shave my legs and like to wear heels.  I love cooking and I love cooking for my manly man.  But I love community among women.  And I think we are all powerful beyond measure.  And I’ll never back down from someone who thinks I’m less of a person because I’m a woman.  And I’ll fight anyone who tries to make me feel helpless.  And I’ll always encourage others to do the same…  So, ladies, please hear me out and start seeing the ways you are absolutely and undeniably a feminist.  Men, that goes for you too. 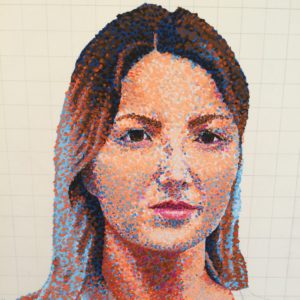